We are sorry, but we have canceled this event. We hope to connect with people musically, in person someday! For now, we hope everyone takes care and stays well.

Canceled! Tom West AND The Spirals

SORRY - of course this event has been canceled due to the pandemic. We look forward to a time when we can all be together in person, again. Yours in Hope and Love - the Spirals.

The Spirals at Five20 Social Stop

Join us for a vital and inventive Friday evening, immersed in the warm ambience at the Five20 Social Stop! Genres and originals galore, the Spirals welcome You! 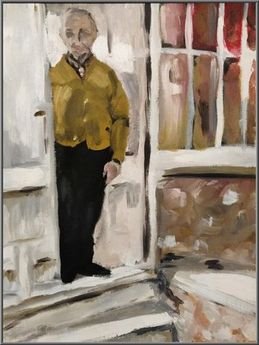 Songwriter and multi-instrumentalist Mark Truesdell first wrote and recorded “I Love My Plants” in the mid-1990’s.  Recorded in one well-planned session at Polkasound Productions, Milwaukee - it was initially released on the full length “Mark Truesdell and The Lost Pioneers” cd in 1997.

The “Plants” song has since become a consistent favorite at live shows over the years and the 20+ year old recording has stood the of time - ready for release as a single download and disc.

The song artwork is a painting by Mark of his grandfather Harold Cotton referred to in the song lyrics.

Mark sang and played acoustic and modified electric guitar, bass, percussion, and Casio keyboards on the recording.  Engineer and Producer Tom Brusky at Polkasound recorded the keyboard solo at the end. Tom has become a premier full-time Polka Band leader throughout the Midwest.